“Long before man warred with man, the gods battled among themselves. Indeed, it was the Wars of the Gods that the Wars of Man began.
And the Wars of the Gods, for control of this Earth, had begun on their own planet.
It was thus that Mankind’s first civilization succumbed to a nuclear holocaust.
This is fact, not fiction; it has all been written down long ago – in The Earth Chronicles.” 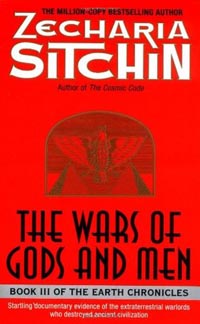 Chapter 1: The Wars of Man
Chapter 2: The Contending of Horus and Seth
Chapter 3: The Missiles of Zeus and Indra
Chapter 4: The Earth Chronicles
Chapter 5: The Wars of The Olden Gods
Chapter 6: Mankind Emerges
Chapter 7: When Earth Was Divided
Chapter 8: The Pyramid Wars
Chapter 9: Peace on Earth
Chapter 10: The Prisoner on the Pyramid
Chapter 11: A Queen Am I
Chapter 12: Prelude to Disaster
Chapter 13: Abraham: The Fateful Years
Chapter 14: The Nuclear Holocaust
Epilogue
The Earth Chronicles: Time Chart

When Mortals and Gods Fought Side by Side

Eons ago, the Earth was a battlefield, Mighty armies clashed, led by giant warriors meticulously skilled in the art of combat. These would shape man’s destiny and live on for centuries in legend, song, and religious lore—brutal and terrible conflicts that began lifetimes earlier on another planet.

In the astonishing third volume of Zecharia Sitchin’s THE EARTH CHRONICLES, internationally renowned scholar parts the mists of myth and time to return to the violent beginnings of humanity—employing ancient text, religious documents and archaeological findings to reconstruct epic events that support the existence of extraterrestrial “gods” who once set nation against nation, army against army, and man against man. 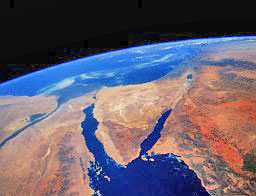 The scar made in the face of the Earth that awesome day can still be seen… its features can only be seen from space, revealed in recent years by satellites. No scientist has hitherto offered an explanation. 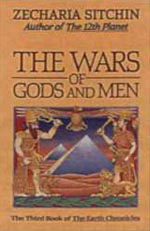 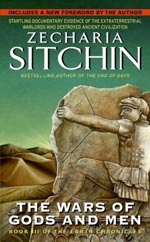 Continue to Chapter 1: The Wars of Man

Book 3: The Wars of Gods and Men